By William A. Note: Updated on 8/12/2017 When Japan was forced to open its borders to foreigners beginning the Meiji Restoration, it also helped spread Japanese culture overseas in the form of movements like Japonism (from the French Japonisme) or the interest for Japanese objects from around 1872 onwards. This movement influenced European arts and […]

Continue Reading "Japanese Martial Arts in Russia, The creation of Sambo and Sino-Russian Cooperation at Whampoa" 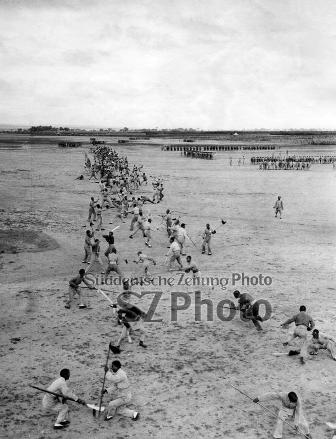 By William A. Note: This illustration appears to depict someone who looks more like Gichin Funakoshi father of Shotokan Karate rather than Chouki; Japanese sources point out this editorial mistake was a point of bitter rivalry between the two men. Western influence in Japan and China was a source of national self-reflection triggering at times […]

Continue Reading "Torn Between Tradition and Modernization, Examples from Japan and China"